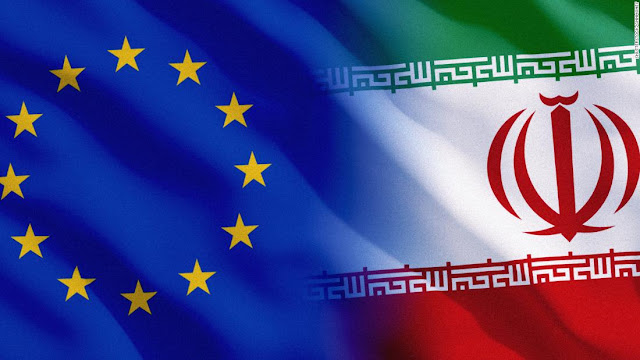 After a month of heated debate over the future of the JCPOA and the integrity of the EU’s new payment mechanism – the INSTEX, the sudden resignation and reinstatement of Iran’s Foreign Minister exposed the polarised vision at the top of Iran’s politics of the country’s place in the global economy. In this newsletter, we address some of the main criticisms aimed at the INSTEX, which is the key to Iran’s economic engagement with the outside world.

Stock markets plunged in February upon the Foreign Minister Mohammad Javad Zarif’s resignation from the government.

Mr Zarif posted his resignation on social media, causing a political maelstrom, and ultimately forcing the Supreme Leader to effectively “back him or sack him” in the role. The seasoned cabinet minister felt undermined by interference from other senior figures in the country’s foreign policy, and resigned following a visit from the Syrian President, Bashar Assad, to which he was conspicuously uninvited. The Tehran stock exchange dropped promptly 2000 points on the back of the announcement, with markets fearing a shift in the balance of power towards the administration’s hard liners. Calm was restored when President Rouhani rejected Mr Zarif’s resignation – which was not formerly submitted in the form of a letter – following an endorsement from the Supreme Leader. Some commentators have suggested the row has left Mr Zarif in a stronger position and emboldened in his constructive approach to the JCPOA.

The political drama surrounding Mr Zarif coincided with fiery debate over the future of the nuclear deal.

The European Union’s announcement of its new special purpose vehicle for trade with Iran, the INSTEX, elicited a wide range of responses in Iran. From cautious endorsements to fierce rebuttals, politicians and policymakers have been grappling with the technicalities and principles of the new mechanism. Verity Iran is an advocate of the opportunities the INSTEX can offer Iranian businesses. In this newsletter, we set out some of the most prominent critiques that have been aimed at it and offer a perspective in defence of the INSTEX.

Critique 1: “The INSTEX is not powerful enough to foil US sanctions.”

Germany’s Ambassador to Iran sought to clarify the INSTEX’s purpose in a public announcement, recently. He stated that the INSTEX is not intended to circumvent US sanctions, per se, but to make legal transactions possible. The EU stands by the principle that entities not proscribed by the EU or UN as terrorist or criminal organisations should not be blocked from engaging with European trade or financial partners. The extra-territoriality of US sanctions means they currently are, and the INSTEX is designed to resolve that. In doing so, its goal is to create a sustainable mechanism for Iran to continue trading with the outside world under US sanctions.

Over time, we may also see the INSTEX usher in and legitimise a wider international willingness to seek innovative solutions to Iran’s lack of access to the US dollar. France, Germany and the UK are not the only countries around the world looking at such measures. Last month Turkish and Iranian authorities met to discuss how an Islamic banking system might help maintain trade relations. Iran and India have established a sophisticated payment mechanism whereby Iran’s oil revenues are parked in rupees in five banks across India, for the purchase of rupee denominated goods. Iran also has a track record of such engagements in Russia and China.

Critique 2: “Businesses are too fearful of US sanctions, the INSTEX will not fix that.”

There is a general consensus in the business community that major corporates, with a big international footprint and a direct stake in the US economy will be highly reluctant to use the EU payment mechanisms, for fear of sanctions exposure in the US. However, small and medium sized enterprises may see more of an opportunity and a smaller downside risk. The INSTEX may prove viable for such traders, so it is far too early to write off its chances. Access to Iranian oil and gas exports as well as the lure of Iran’s large consumer market could prove compelling for companies with a relatively low exposure to the US market.

At the height of sanctions pressure, prior to the JCPOA, Iran sought out similar barter-style trading mechanisms as a means to non-US dollar trading, but enjoyed only limited success. Inefficiencies, a lack of leverage in negotiations and a high-functioning enforcement programme amongst the US and its allies, saw Iran stack up large deposits overseas – for example in China and India – that were theoretically available but practically inaccessible. On this evidence, the sceptics have a point.

But it remains to be seen whether the more recent sanctions “snap-back” carries the same suffocating weight as the previous regime. This time the measures are unilateral and do not enjoy the same level of international buy-in, which was previously used to great effect as leverage on trade and financial partners around the world. Many international partners, not least the EU, have wilfully objected to and stepped out of line with the US approach.
This might provide greater flexibility for Iran’s main trading partners to find creative solutions to make barter work more efficiently. The commercial opportunities are large enough to attract entrepreneurs interested in making the new process work more smoothly. Some commentators look to oil swaps as a useful framework, others look to new digital platforms to improve market awareness and product matching.

Critique 4: “The Europeans are using the INSTEX as a political lever to force through domestic policy changes and humiliate Iran”

Influential opponents to the JCPOA process have cried foul at what they interpret as unreasonable conditions attached to the INSTEX. The EU3’s statement suggested an expectation that Iran will address issues of non-compliance with UN financial standards. The suggestion has clashed loudly with an internal debate in Iran regarding the passing of anti-money laundering and terrorist financing legislation to bring it into line with international standards developed by the Financial Action Task Force (FATF). Those opposed to the FATF legislation have attempted to paint the EU’s stance as political opportunism.
So, why does the EU have something to say about a domestic legislative process in Iran? Well, because this is what businesses seeking low-risk, legitimate trade with Iran demand. The EU’s primary concern is the viability of the payment mechanism. Its officials recognise that the quality of assurances that they and the Iranian authorities can make to businesses about the legality of their transactions are critical in building good faith. The sustainability of the INSTEX relies on its adherence to UN trading standards, which include the FATF regulations, meaning the INSTEX mirror-entities in Tehran as well as Paris must adhere to exactly the same standards.
Indeed, the Iran-China Chamber of commerce made it clear that the demands go further than European entities. Chinese businesses are awaiting Iran’s FATF compliance before moving forward with transactions. The FATF recently granted a four month extension, until June, to comply with the action plan but the process remains stalled in the Expediency Council. If Iran fails to meet this deadline, it will return to the FATF blacklist and mean much greater difficulty in interacting with foreign financial entities. For all the criticism of the EU’s commitment to making the INSTEX work, such a failure to place domestic affairs in order at home could suffocate the initiative at birth. 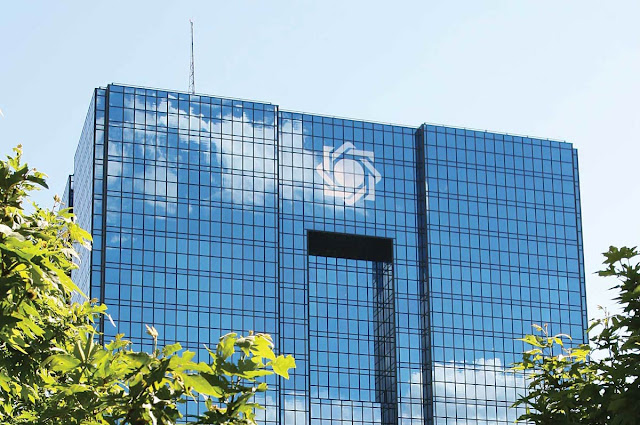 INSTEX, meet STFI: Iran’s finance chiefs make a constructive start to the New Year. There has been universal frustration with the pace of European progress to rebuild the financial relationships that were damaged by the US withdrawal from the nuclear deal. But the Iranian New Year kicked off with a more positive tone. The Special Trade and Finance Institute (SFTI), set up by the Central Bank of Iran, mirrors Europe’s own Special Purpose Vehicle for facilitating Iran-Europe trade. Practical steps remain for both sides to persuade businesses to make use of it.   Iran marked the New Year with a bold statement of intent for its engagement with the global economy. The Central Bank of Iran (CBI) officially established a payments mechanism to match and work with the Europe Union’s Special Purpose Vehicle for facilitating cross-border payments. The new mechanism, labelled the Special Trade and Finance Institute (STFI) was announced on the last working day of the Iranian cal
Read more